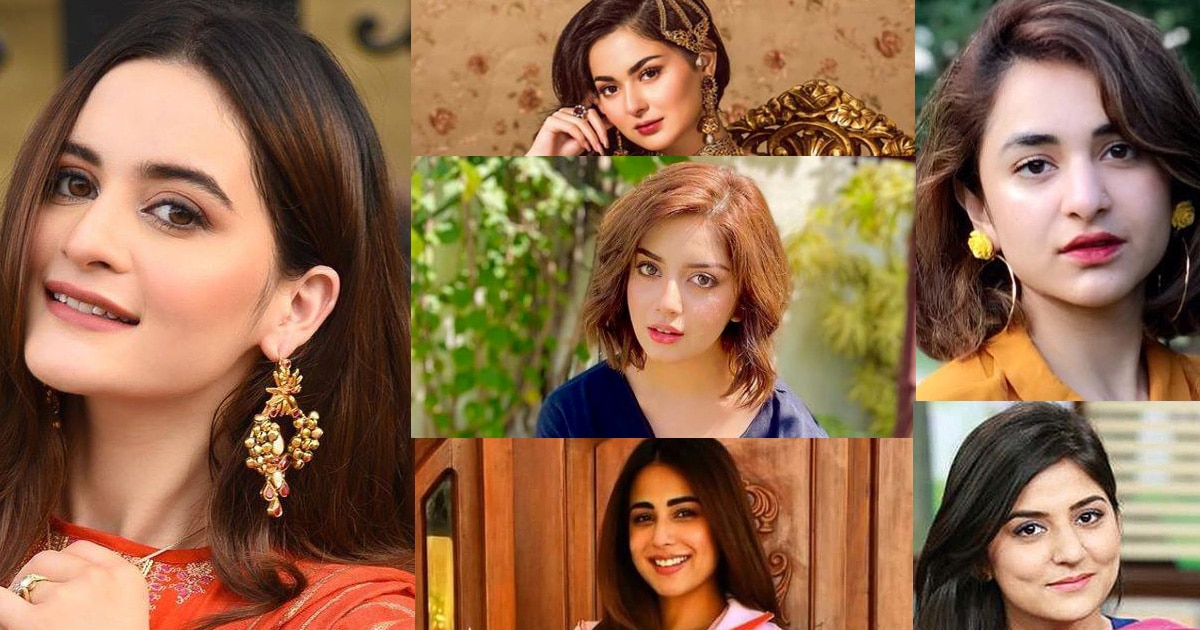 Pakistan is home to some of the world’s most talented and beautiful actresses. From Mahira Khan to Alizeh Shah, these brilliant women have made a name for themselves by captivating audiences with their impressive performances. Each year, a few actresses stand out from the crowd and become the most popular Pakistani drama actresses of 2022.

Mahira Khan is a Pakistani actress, model, and VJ who has made a name for herself in the entertainment industry. She started her career as a VJ in 2006 and starred in numerous hit TV dramas and films. Mahira is best known for her roles in the critically acclaimed dramas Humsafar and Bin RoyeAnsoo and popular movies such as 7 Din Mohabbat In, Ho Mann Jahaan, Superstar, and MaulaJatt 2. She has won multiple awards, including Lux Style Awards for Best Actress (Film) and Best Actress (Television). Mahira Khan is also an active philanthropist who works with various organizations to raise awareness about social issues.

Sajal Ali is a Pakistani actress who has been making waves in the industry since a young age. She is best known for her roles in dramas such as YaqeenKa Safar, Alif, Sinf-e-Ahan, and Mehmoodabad Ki Malkain. Her performances have earned her critical acclaim and numerous awards and nominations.

Sajal’s roles often depict strong female characters who face challenges with courage and conviction. Critics have praised her work for challenging the traditional portrayal of Pakistani women on television. Sajal will continue to be one of the most popular actors in Pakistan in 2022 and beyond.

Ayeza Khan is a famous Pakistani actress and model known for her roles in TV dramas like TootayHuwey Per, Aks, and Mere Paas Tum Ho. She has won critical acclaim for her performance in these dramas and has become an icon in the Pakistani entertainment industry. Her real name is Kinza Khan, and she was born on January 15, 1991. She made her acting debut with a supporting role in the drama Larkiyan Mohallay Ki (2010). That same year, she starred in the drama TootayHuway Per, which earned her recognition as an actress.

Since then, Ayeza Khan has appeared in numerous hit dramas, including Sasural Ke Rang Anokhay (2012), Pyare Afzal (2013), Mere Meherbaan (2014), Do Qadam Door Thay (2014), MohabbatTumseNafratHai (2017) and many other popular serials. In 2020, she won the Lux Style Award for Best Actress – Television Serial/Play for her role in Mere Paas Tum Ho (2019). Apart from acting, she has also done several modeling assignments for big brands, including Sunsilk, Olpers Milk, and Telenor.

Ayeza Khan is one of the most sought-after actresses in Pakistan due to her natural beauty and talent. Her fans love to see her onscreen as she brings life to every character with her excellent acting skills.

Hania Amir is a Pakistani actress and model who has become one of the most popular actresses in the country. She began her career in 2017 with her first appearance in a drama series called Phir Wohi Mohabbat. Since then, she has starred in several other dramas, such as Anaa, Ishqiya, Dil Ruba, Mere Humsafar, and many more.

Viewers have praised Hania’s performances for their realism and depth. In addition to acting, Hania does occasional modeling work and is an active philanthropist supporting various charities. Her beauty and talent have earned her recognition worldwide, and she continues to be among the most popular Pakistani actresses.

Saba Qamar is a well-known Pakistani actress and model who has captivated audiences with her remarkable performances in TV dramas since 2005. She has starred in many hit dramas such as Maat, Digest Writer, Baaghi, Cheekh, and Fraud. Saba has won many awards, including the Lux Style Award, Hum Award, and a nomination for Best Actress at the Lux Style Awards.

Her natural beauty and talent have made her one of the most sought-after actresses in Pakistan. She is an amazing performer and an inspiring role model for young women in Pakistan. Saba continues to mesmerize audiences with her powerful performances and charming presence onscreen.

Sanam Baloch is a Pakistani actress, model, and host. She was born in Karachi on July 14, 1986, and started her career as a talk show host on Hum TV’s ‘Morning Show.’ She has starred in critically acclaimed dramas such as Doraha, Dastaan, AkbariAsghari, Durr-e-Shahwar, and Hisbani or Jatoi.

Her work has earned her immense popularity amongst the Pakistani public, and she currently has over 4 million followers on Instagram. Sanam Baloch is renowned for her strong female characters that defy social norms to battle against injustice and follow their dreams. Her natural beauty and talent make her one of the most popular actresses in Pakistan today.

Yumna Zaidi is a Pakistani television actress who has established her career as one of the leading television actresses in the Urdu-television industry. She is best known for her leading roles in popular dramas such as Parizaad, Bakhtawar, Pyar Ke Sadqay and Sinf e Aahan. Yumna Zaidi’s recent top drama list is proof of her amazing acting skills.

Her top dramas include Drr Se Jati Hai Sila (2017-2018), Ishq Zahe Naseeb (2019), Pyar Ke Sadqay (2020) and many more. Yumna Zaidi makes it to the best performances list each year with her exceptional talent and sartorial choices. From being an inspiration to many aspiring actors to standing out with her diverse characters, she continues to inspire everyone.

Maya Ali is one of the most popular and talented Pakistani TV actresses. She got her breakthrough performance in Hum TV’s ‘Man Mayal,’ which earned her an International Award for Best Actress at the Distinctive International Arab Festival Awards. She made her career debut in the drama ‘Durr-e-Shehwar.’ Maya was also seen in Pehli Si Mohabbat alongside Sheheryar Munawar.

Currently, she is one of the highest-paid actresses in Pakistan and has acted in many successful dramas, such as Mann Mayal, Amin Khan, Aisha Uqbah Malik and many others.

Throughout her career, Maya Ali has proven to be a versatile actress with incredible acting skills and beauty. Her fans love her for her sweet nature and charming personality. With each passing year, she continues to grow as an actress while inspiring countless young girls with her determination to succeed.

Ushna Shah is a Pakistani TV actress known for her roles in dramas such as Shehr-e-Yaran, Duaa, Thoda Sa Aasman, Balaa, and Bandhay Ek Dor Se.

She started her acting career in 2013 when she made her debut with the drama Mere KhwabonKa Diya. Since then, she has appeared in numerous Pakistani dramas and films, such as Parizaad (2021), Habs (2022), and Alif Allah AurInsaan (2017).

Apart from acting, Ushna Shah is also an active social media user who often posts pictures of herself on Instagram and shares her thoughts on Twitter. She has earned an enormous fan base with her captivating performances and bubbly personality.

Neelam Muneer is a stunning Pakistani model, film and TV actress. Born on March 20, 1992, in Karachi, Pakistan, Neelam has been involved in the entertainment industry since her teenage years. She has starred in numerous dramas such as Meri Behan Maya, JalPari, DilIshq and Qaid-e-Tanhai. Her role in the drama serial Dil Mom Ka Diya as Ulfat was widely praised by fans and critics alike.

Neelam also appeared in Aabis Raza’s acclaimed serials Pyar Deewangi Hai and more. Her latest project is Ahram-e-Junoon, with Imran Abbas as her co-star. Neelam is known for her captivating beauty and acting prowess, making her one of the most popular Pakistani drama actresses of 2022.

Aiman Khan is a Pakistani actress who has been gracing the small screen with her amazing talent since 2012. She made her debut with Hum TV’s serial Mohabbat Jaye Bhar Mein and quickly gained a massive fan following due to her powerful acting skills. Since then, she has starred in many dramas such as MeriBeti, Ghar Titli Ka Par and Ishq Tamasha. Her latest drama Khaali Haath, which Abdullah Kadwani produces, is one of the top-running Pakistani family drama serials.

Aiman Muneeb has won several awards for her performances including a nomination for Best Actress at the 11m Followers award ceremony. She is also very active on social media, where she often posts pictures and videos from her sets and shares updates about her upcoming projects with fans. 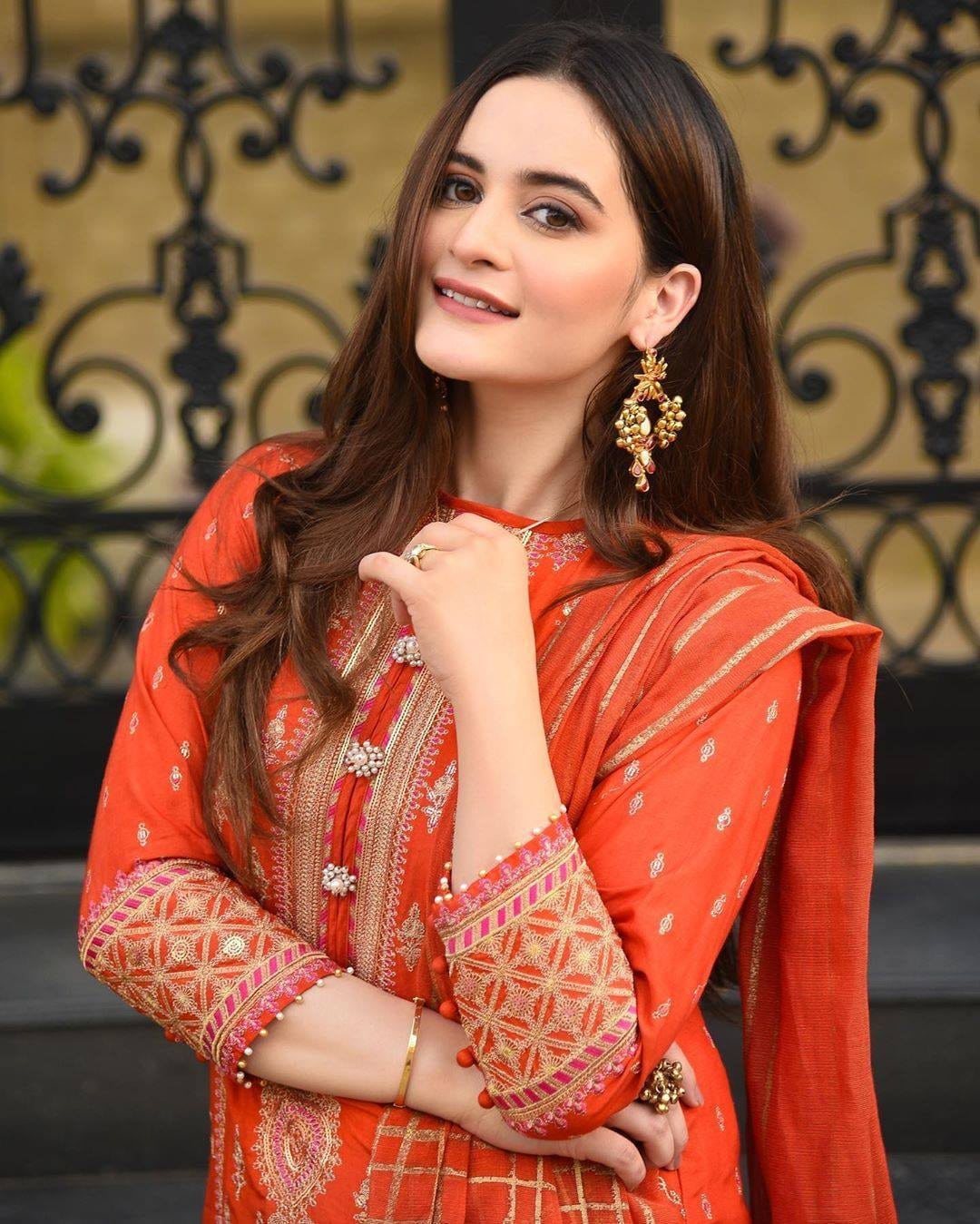 Mehwish Hayat is a renowned Pakistani actress, singer, and model. She has earned widespread fame and recognition for her acting prowess in television and film projects. She is known for her roles in hit movies such as Punjab Nahi Jaungi (2017), Load Wedding (2018), and London Nahi Jaunga (2022).

On top of her success as an actress, Mehwish Hayat is also an active philanthropist who works with various charities to help those in need. Recently she auctioned off a personalized message ‘On top of the world’ Cover story for the OK Pakistan makeup campaign to raise money for underprivileged children living in orphanages and shelters across Pakistan.

Mehwish Hayat’s recent movie list consists of hit movies like Punjab Nahi Jaungi, which gained critical acclaim from audiences and critics alike. Her powerful performances have made her one of the most celebrated actresses in Pakistan today.

Alizeh Shah is a Pakistani actress and model who has made a name for herself in the local entertainment industry. She began her career in 2016 with the drama Choti Si Zindagi, and since then, she has been seen in numerous popular dramas such as Ehd-e-Wafa (2019), HoorPari (2018), Mera Dil Mera Dushman (2020) and Tanaa Banaa (2021).

Iqra Aziz is a Pakistani television actress who rose to fame with her roles in popular TV shows such as Choti Si Zindagi (2016), Qurban (2018), Suno Chanda (2018), Tabeer (2018) and Ranjha Ranjha Kardi. Her remarkable talent and onscreen presence have made her one of the most popular Pakistani drama actresses of 2022.

She has earned millions of fans worldwide, especially in Pakistan, who admire her beauty, acting skills, and positive attitude. Iqra Aziz has also achieved a massive following on social media platforms such as Instagram, where she regularly posts pictures and videos that keep her fans updated about her latest projects. She inspires many young women in Pakistan and beyond and exemplifies how hard work, determination, and passion can lead you to success.