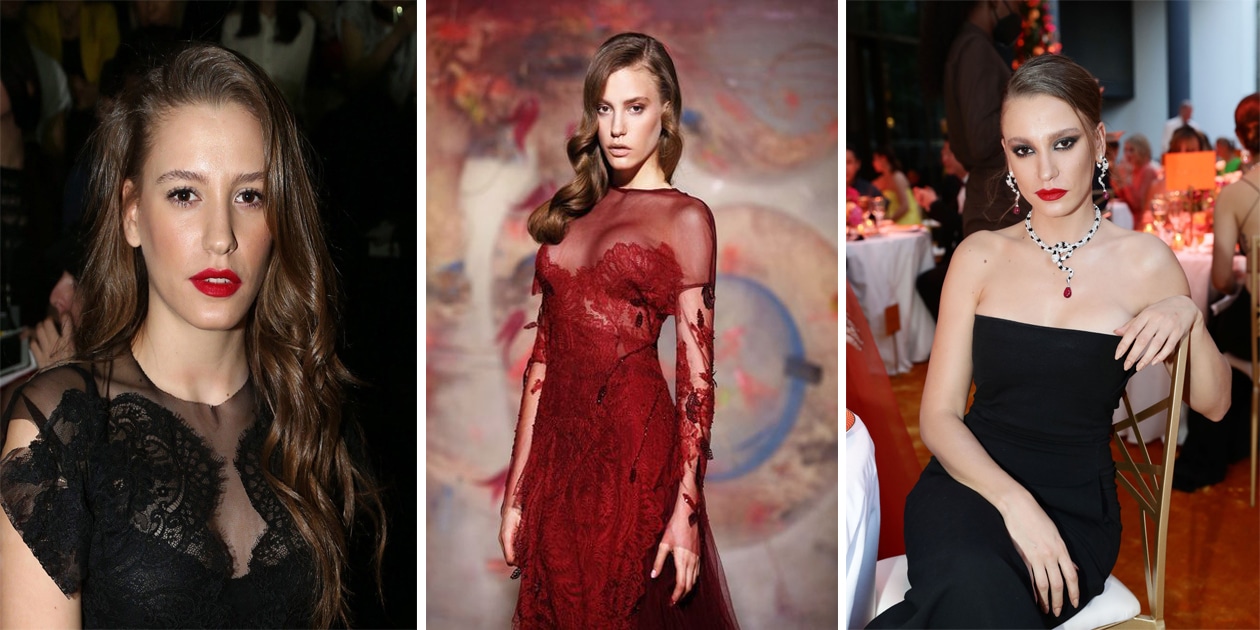 Serenay Sarıkaya | Biography, Age, Career, Height, Weight, Education, Net Worth and Early Life. Serenay Sarıkaya is a prominent Turkish actress and model, who gained fame for her roles in the popular TV series Medcezir and Fi.

Sarıkaya began her education at Antalya Saime Salih Konca High School and later graduated from the theatre department of Fine Arts High School in Istanbul. Despite her desire to continue her studies in university, she has not yet obtained a degree. 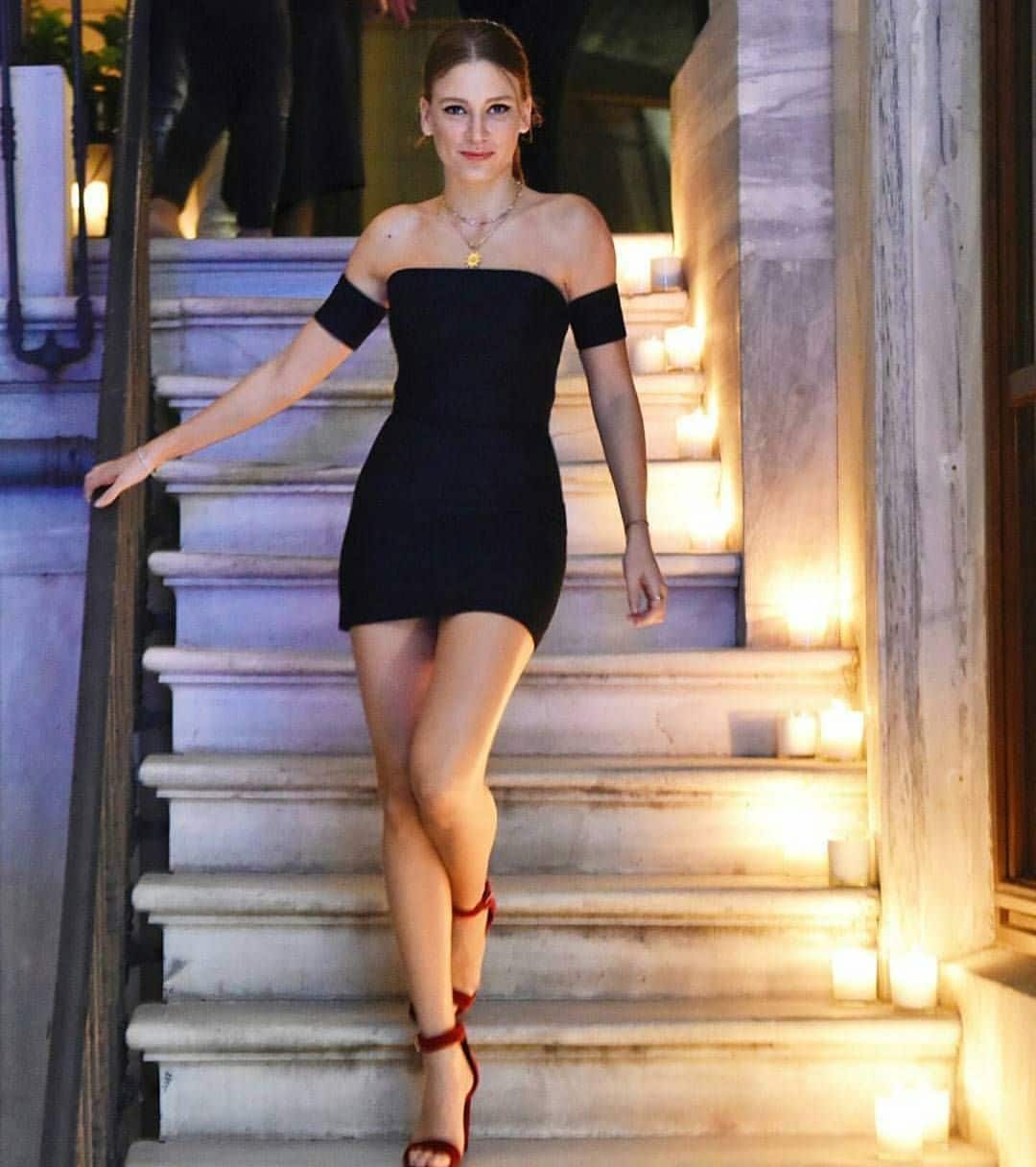 Serenay Sarıkaya was born on July 1st, 1992 in Ankara to Seyhan Umran and Mustafa Sarikaya. She grew up with her family in Antalya until the age of seven, when her parents separated. After her father remarried, she moved to Istanbul with her mother. In an interview, she spoke about her experience growing up without her father and how it greatly influenced her life.

When her mother was deciding whether to stay in Antalya or move to Istanbul, Sarıkaya told her that she wanted to become an actress which made her mother move to Istanbul. Growing up, she had an interest in modelling, volleyball, basketball, tennis, and Latin dance. At 15, she participated in the European Junior Beauty Contest in the Czech Republic, where she received a special prize from the jury. 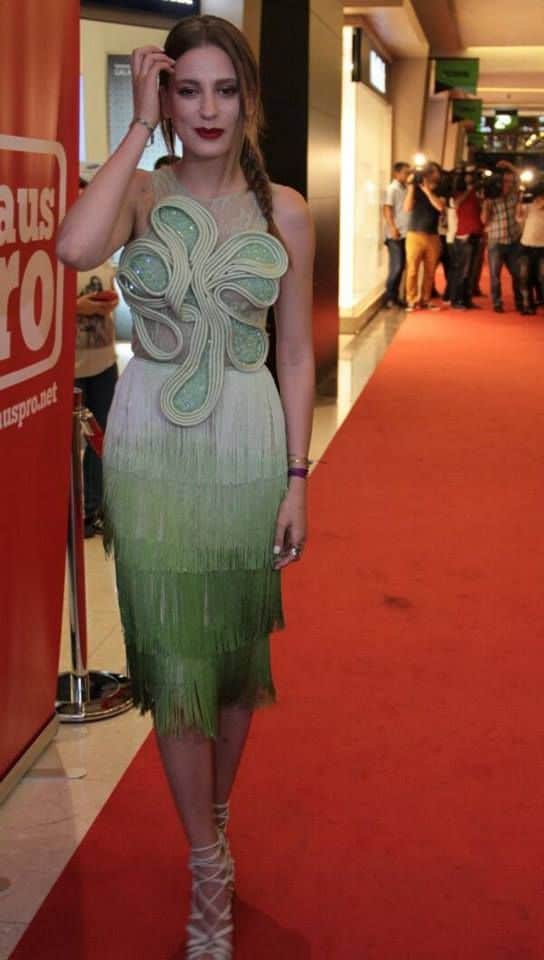 Serenay Sarıkaya made her acting debut with minor roles in the films Şaşkın (2006) and Plajda (2008). Her first leading role was in the fantasy children’s series Peri Masalı (2008). She also played alongside Kaan Urgancıoğlu in the series Limon Ağacı (2008) and the English short film “Hoşçakal”. Her breakthrough role was as “Sofia” in the hit comedy crime series Adanalı (2008-2010). She gained international recognition for her roles in the series Lale Devri, Medcezir (a Turkish remake of The O.C), Fi (based on a novel), and the fantasy series “Şahmaran”.

With Nejat İşler, she continued her movie career in the franchise film series “Behzat Ç. Ankara Yanıyor” and “İkimizin Yerine”. Since 2019, she has performed in “Alice Müzikali”, a musical adaptation of Alice in Wonderland, receiving critical acclaim and winning multiple awards, including two Golden Butterfly Awards.

At age 15, she participated in a beauty competition and received a special award from the European Youth Beauty Competition jury. Later, Sarıkaya became the first runner-up at Miss Turkey 2010. In addition to her acting career, she has appeared in many advertising films and is the face of various brands. In 2014, she was named Woman of the Year by GQ Turkey.

In 2019, she made her theatrical debut as Alice in the musical Alice Müzikali, an adaptation of Lewis Carroll’s Alice’s Adventures in Wonderland. The show first premiered in February 2019 and returned for a second season in September 2019. After a break due to the pandemic, it returned to the stage on February 7th, 2022 with Sarıkaya as the lead character, Alice.

She was cast to star in a biographical movie called Bergen, detailing the life of singer Belgin Sarilmiser. However, she had to leave her role as Bergen due to filming difficulties caused by the coronavirus and other factors. In 2021, Sarıkaya became the first ever Turkish brand ambassador for Bvlgari. 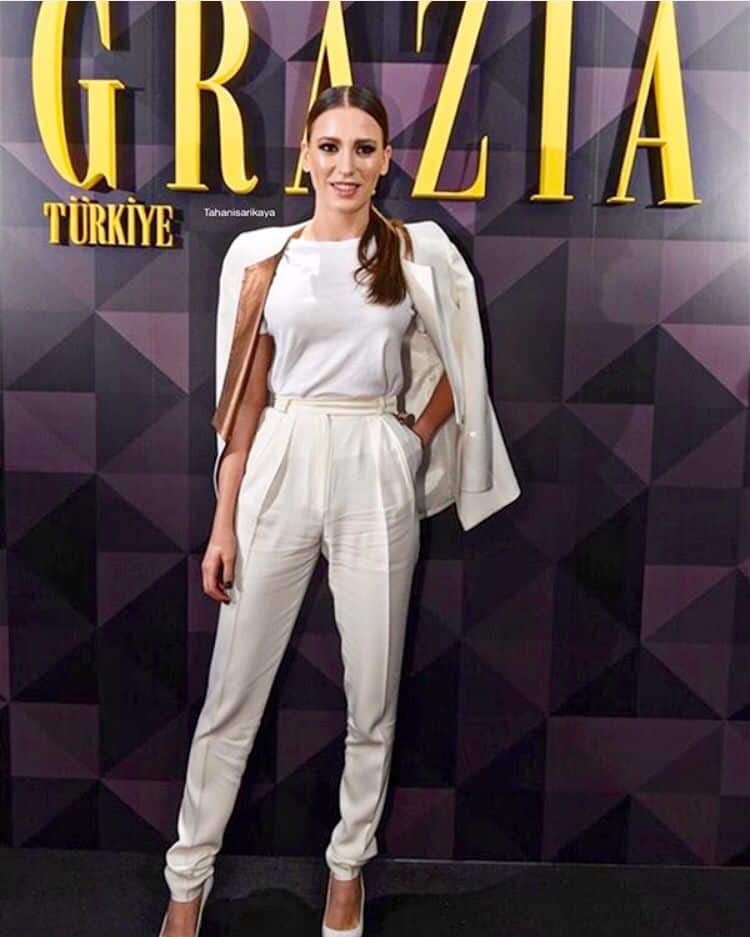