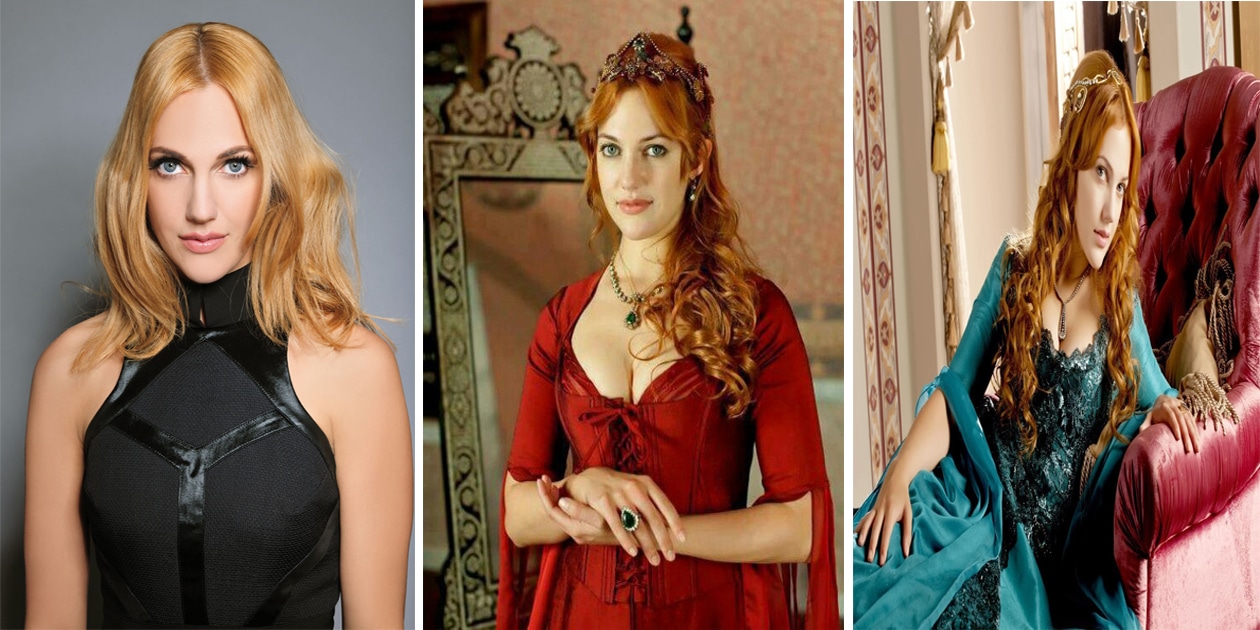 Meryem Uzerli | Career, Biography, Age, Personal Life, Net Worth, Early Life, Height and Weight. Meryem Sarah Uzerli is a Turkish-German actress who gained fame for her portrayal of Hürrem Sultan in the Turkish TV series “Muhteşem Yüzyıl” (2011-2013), for which she received critical acclaim and won several awards, including a Golden Butterfly Award.

She is also known for her role as Ayşe in the movie “Kovan”, which is a story about beekeeping.

Meryem Sarah Uzerli, born on August 12, 1983, was raised in Kassel, West Germany, by a Turkish father, Hüseyin, and a German actress mother, Ursula. She has two older brothers and an older sister, Canan, who is a jazz musician. Her great-grandmother is from Croatia. As a result of her father’s nationality, she holds both Turkish and German citizenship. She began her acting career with small parts in German productions and went on to make minor appearances in the television series “Notruf Hafenkante” (2010) and “Ein Fall für zwei” (2010).

She also known for her roles in German films like “Journey of No Return” (2010) and “Jetzt aber Ballett” (2010). In 2010, she was cast in her first leading role by Meral Okay in the Turkish TV series “Muhteşem Yüzyıl” (2011-2013). In addition to acting, Uzerli has appeared in numerous advertising films and is the face of various brands. In 2012, she was named GQ Turkey’s Woman of the Year. Due to her role as Hurrem Sultan, she has won 23 awards and has become one of the most famous actresses in Turkey. Uzerli’s native language is German and is also fluent in Turkish and English. 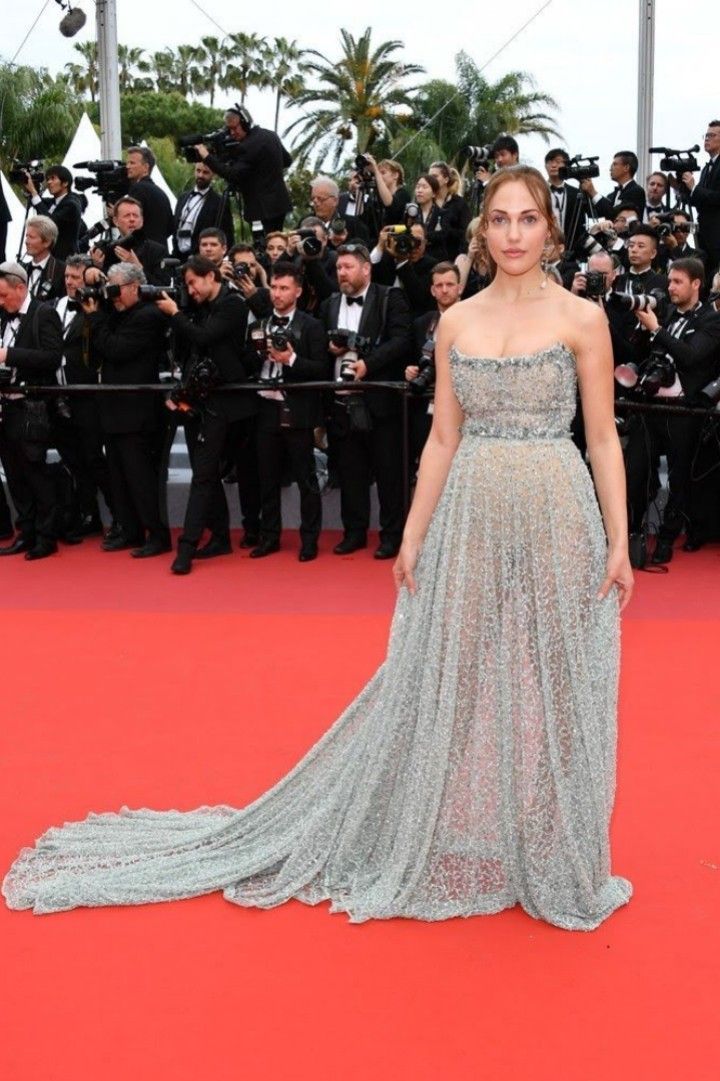 Meryem Sarah Uzerli’s most notable role is as Hürrem Sultan in the historical television series “Muhteşem Yüzyıl,” directed by the Taylan Brothers. In 2010, after an eight-month search to find the perfect actress for this role, she was selected by Meral Okay, the series’ screenwriter, and Timur Savcı, the series’ producer. About her casting, she said, “I was invited for a casting in Turkey, and then immediately I started living in Istanbul almost full time.”

She lived in a hotel for two years during the filming of “Muhteşem Yüzyıl.” She shared the lead role with Halit Ergenç, Okan Yalabık, and Nebahat Çehre. She won the Golden Butterfly Award for Best Actress for this role in 2012. In 2013, she left the series due to health concerns, reportedly a burnout. From episode 103 and onwards, Vahide Perçin was cast to play an older version of Hürrem.

In 2014, Uzerli signed a contract with O3, a Turkish production company of MBC Group. In December 2014, Star TV introduced her as one of its stars for 2015. In October 2015, she was again introduced as one of the TV’s stars for 2016. About her future, she says, “I am trying to build on my international success within any industry where actors are respected as artists, and where I can find great scripts that allow me to delve into a story that leaves the here and now behind.”

In March 2015, it was finalized that Uzerli would share the lead role with Murat Yıldırım in her new TV series, “Gecenin Kraliçesi,” which was directed by the Taylan Brothers. Some of the scenes for this series were filmed in Cannes, France, and later continued in Rize, Turkey. It premiered on Star TV in January 2016.

In addition to her career in television, Uzerli also appeared in a cinema movie in 2016, titled “Annemin Yarası.” The film was released in March 2016. Her co-stars include Ozan Güven, Okan Yalabık, and Belçim Bilgin. Between 2016 and 2017, she appeared in a guest role on “Eşkiya Dünyaya Hükümdar Olmaz.” In 2017, she continued her movie career by appearing in “Cingöz Recai” opposite Kenan İmirzalıoğlu, although the film was not a box office success. 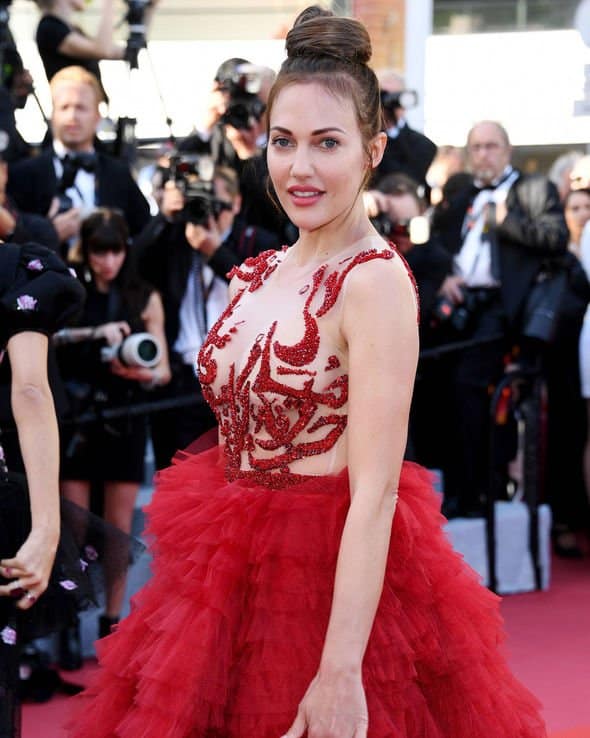 After leaving Turkey, Uzerli revealed that she had ended her relationship with her partner, Can Ateş, after discovering that he had been unfaithful. She announced that she was pregnant and wanted to have her child. On February 10, 2014, she gave birth to a daughter. On January 8, 2021, she gave birth to her second daughter.

Uzerli is also a model and has graced the covers of various Turkish magazines such as Elle, Marie Claire, and InStyle, in addition to appearing in advertisements for brands such as Elidor. 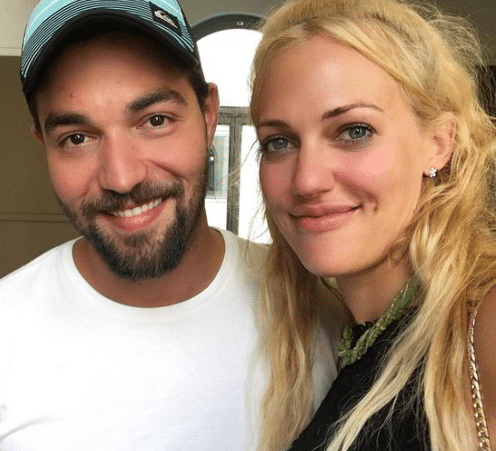