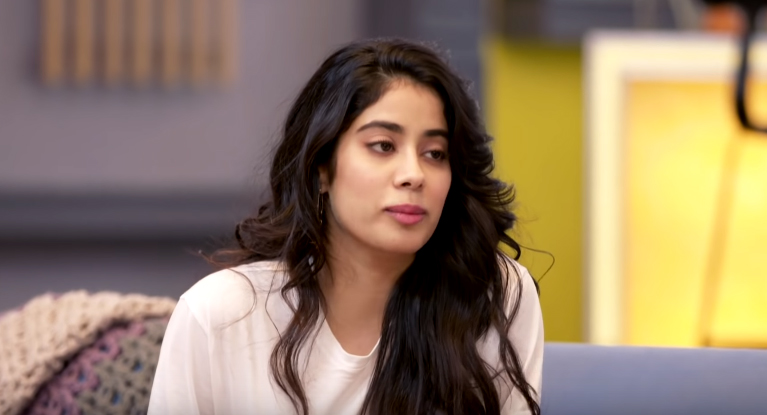 Janhvi Kapoor is a delightful Indian on-screen actress. She basically works in Hindi movies. She was conceived at 07 March 1997. Presently, she is 25 years old. She made her acting debut in 2018 with the sentimental show film Dhadak, which was a business achievement and earned her the Zee Cine Award for Best Female Debut.

Janhvi Kapoor was born to the actress Sridevi and the film maker Boney Kapoor. She has one more youthful sister, Khushi Kapoor, and two half kin, actor Arjun Kapoor and Anshula Kapoor. She is the niece of actors Anil Kapoor and Sanjay Kapoor. She learned at Dhirubhai Ambani International School in Mumbai. Before making her film debut, she took an acting course from Lee Strasberg Theater and Film Institute in California.

Kapoor made her acting debut in 2018 with the Shashank Khaitan-coordinated romance Dhadak, co-featuring Ishaan Khatter. Composing for CNN-News18, Rajeev Masand scrutinized the film for expelling rank based references and regarded it sub-par compared to the first, yet felt Kapoor had “a delicacy that makes her in a split second charming, and a deep quality that makes it difficult to take your eyes off her on screen”. Then again, Anna M. M. Vetticad of Firstpost expressed, “Charm can come through in any event, when it is troubled by broken composition. Tragically, Janhvi needs character and conveys a lackluster presentation”. She won the Zee Cine Award for Best Female Debut. Around the same time, the beauty care products brand Nykaa chose Kapoor to be their image represetative.

As of September 2019, Kapoor has five up and coming ventures. She will play a double role inverse Rajkummar Rao in Roohi Afza, a satire blood and gore movie, and depict the main role of pilot Gunjan Saxena in the biopic Gunjan Saxena: The Kargil Girl. She will likewise star in Zoya Akhtar’s fragment in the Netflix collection film Ghost Stories. What’s more, Kapoor will play a slave young lady in Karan Johar’s group period film Takht, and star close by Kartik Aaryan and Laksh Lalwani in a spin-off of the 2008 lighthearted comedy Dostana.